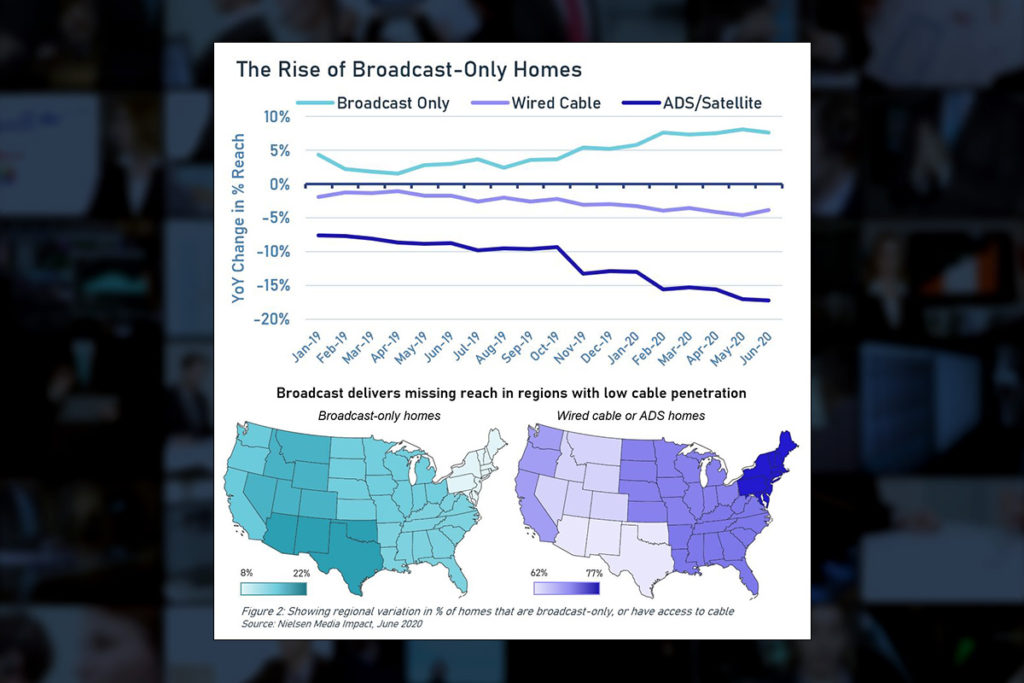 COVID-19 accelerated long-term viewership changes and channeled ever-higher numbers toward streaming and toward leaner cable packages, but broadcast remains a reliable and flexible buy for advertisers.

Stay-at-home orders put in place in March and April of 2020 had a clear and immediate impact on media consumption in the United States, with consumers increasing time-spent with nearly all content on every device.

TV viewership skyrocketed in the short-term, with year-over-year declines in cable subscribers slowing. But it was a temporary relief for cable companies; consumers, especially those with children, used the additional time at home to explore streaming media services, such as the newly-introduced Disney+. With a continuing economic climate that’s leading many to tighten their belts and an explosion of new streaming options on the menu, U.S. consumers are reevaluating their media diets.

The pandemic accelerated anticipated long-term viewership changes — substituting streaming content for additional cable channels and opting for leaner packages. But these trends also show that at the right price (free!) and by delivering unique and irreplaceable content, broadcast is here to stay.

Mass Reach Harder To Get, But More Valuable Than Ever

Advertisers have turned to broadcast for decades — it is the boring, yet tried and true channel, making it so valuable. Advertising tech is changing, but basic advertising principles aren’t. Advertising’s greatest power is getting in front of consumers who don’t care about a brand, yet. In a market headed toward one-to-one audience-buying, broadcast television is unique in its reach. In its 2020 Media Comparison study with GFK, the TVB found that broadcast had the highest reach of any ad-supported platform, with a reach of nearly 80%.

While reach is important, it’s not the only benefit of investing in media buys with this proven medium. Broadcast presents flexibility that allows for targeting communications in a meaningful and impactful way.

Take, for example, the varying and ever-changing regional responses in the face of the COVID-19 pandemic. Broadcast has provided the flexibility necessary to address different markets in the country with different messages, particularly in the retail and restaurant industries over the past few months. Retailers can promote sales on a regional basis, cellphone providers can highlight city-specific promotions and restaurants can purchase media in markets where they have locations.

Broadcast is also crucial for reach-extension, a form of targeting that allows for advertisers to address the growing number of broadcast-only households (see figure 1 above ). A cable-only TV strategy can pass over entire regions that have a high prevalence of broadcast-only homes (i.e., the Southwest), while overdelivering impressions in another region (the Northeast, in this case).

By re-allocating a portion of spending to a local overlay of broadcast in areas where it’s more prevalent, even national advertisers can find that supplemental local buys make them more efficient and impactful with market-specific messaging.

Cable news has been notorious in its ability to buck the trends of the greater cable universe over the last few years with sustained growth, leading to it becoming a reliable standby of many media planning strategies. But beware: alongside the rise of cable news has been the rise of “news junkies,” viewers who soundtrack their lives with cable news, racking up frequency rather than reach.

To illustrate this: if one were to randomly place 100 GRPs on any broadcast station versus on any ad-supported cable channel, one would get fairly similar reach, generally 30%-35%. But, if we again randomly placed 100 GRPs but this time, specifically on the broadcast networks compared to cable news during the standard news dayparts, broadcast news offers nearly 10% higher more reach (see figure 2 above). On top of that, nearly 20% of the people one would reach through cable news would see the ad over 12 times, compared to only 6% at that frequency on broadcast.

As media planners look to wrap up their 4Q holiday plans and look to 2021, it’s key to remember the power and reach of broadcast. While many are tempted to make it a smaller piece of their overall strategy in favor of trendier mediums such as streaming, podcasts and social media, the unmatched reliability and flexibility of broadcast makes it a perennial oldie-but-goodie.

PrevPreviousBroadbeam Media Adds Healthe® to Client Roster
NextPlanning Through The Pandemic, Political and the ImprobableNext 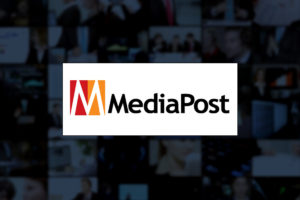 by James Flynn , 12/21/20 Changes to the 2020 holiday shopping season are a continued reflection of the adjustments that consumers have made over the pandemic. 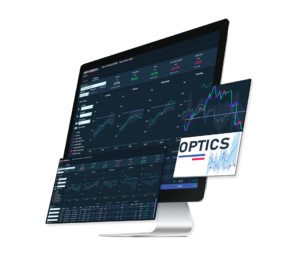